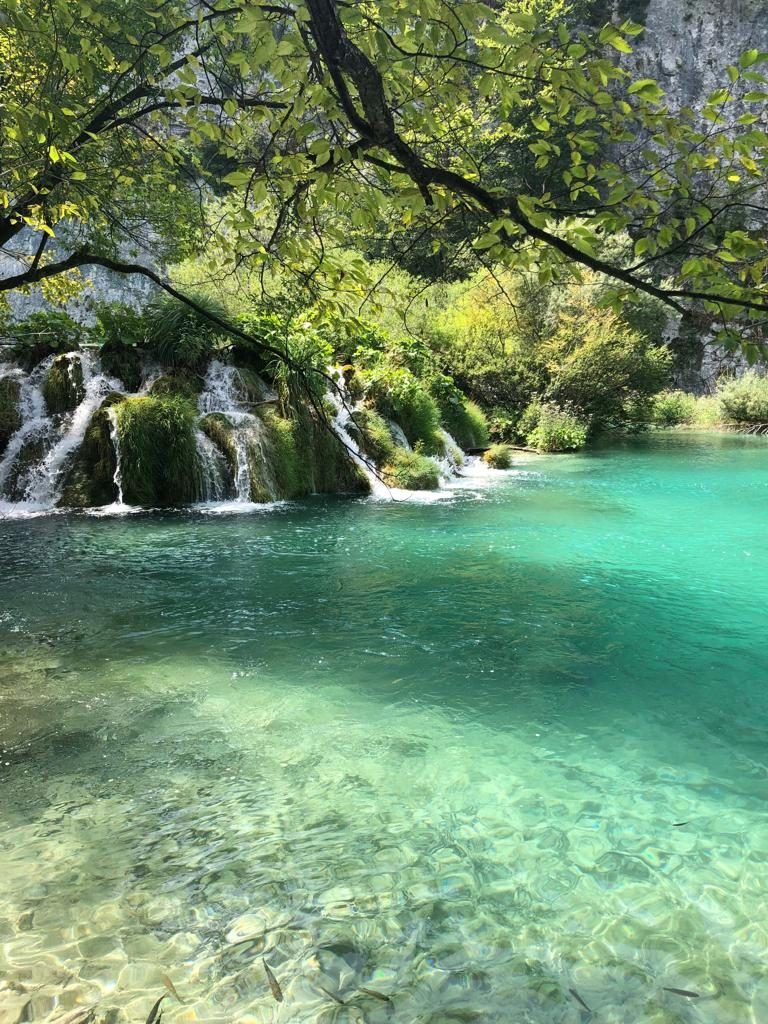 Whilst travelling from Rovinj to Zadar, the landscape consists of sea and limestone mountain views, vineyards and pine, hazelnut and olive trees. Small stalls of fruit, vegetables, honey and cheese are also scattered along the way. Stop at a local restaurant, such as Gacka Dolina, and sample traditional meat platters – namely barbecued veal, sausage and pork with French fries. Try the raw white cabbage and add salt, pepper, olive oil and balsamic vinegar to it. This makes a tasty accompaniment to food.

Stop on the way to Zadar at Motuvan, the picturesque old medieval village. It is about a 45 minute drive from Rovinj. There is an admission fee but it is well worth visiting.

1. Soak up the wonderful views of the wine lands and countryside hills.
2. Shop for good quality olive oil, cheese, a range of vinegars and the all important black and white truffles. They are a strong –smelling and tasty fungus grown underground in damp forest areas. Truffels are considered a delicacy and add great flavour to food. There was even a record breaking truffle of of 1.31kg, the largest ever found in the world, found in the Motuvan forest at the base of the hill.
3. Tourists can go on organised truffle hunt, with trained hunting dogs, into the dense Motuvan forest. Unfortunately if you find them – you can’t keep them! Try to book a tour ahead of time. If you have a couple of hours to spare – the experience of walking in nature, following an age old tradition of trained truffle hunting dogs, is a great experience for both families and animal lovers.
4. Tell your kids about the legend of Veli Jose – the giant from Motovun – based on a work by Croatian writer Nazor, written in 1908. He was a good and brave giant and has become a symbol of strength and power. Find the picture of him painted on a wall on the hill town.
5. Motuvun is also well known for its annual film festival as well as good food and wine so treat yourself to a meal and wine.

Zadar is recommended as a stop over when travelling from Ravinj and is a good base for a day trip to Plitviče Lakes National Park. We explored some of the city but chose to spend more time at the lakes.

1. Visit the Monument to the Sun, designed by the artist Nikola Basic. Find it at the edge of Zadar’s waterfront. It is a 22 meter solar-powered disc representing the sun and it soaks ups solar rays all day. It is particularly beautiful to see at night fall as it has impressive coloured light patterns.
2. Connected to this monument is The Sounds of the Sea Organ made up of underwater pipes that make musical sounds when filled with water.
3. Visit the Zadar’s City Market near the Waterfront. It is the largest in Dalmatia and a great place to sample homemade goods and delicacies.
4. Explore the historic centre and landmarks such as churches, squares and museums.

1. Look for accommodation 15 minutes from the National Park. There are cheaper and more options available just outside the park. Alternatively, travel 2 hrs from Zadar to the Park region for a day trip. This outdoor excursion breaks historical sightseeing and is a welcome and refreshing break for children.
2. Plitviče Lakes National Park is a 295-sq.-km forest reserve and is known for 16 connected terraced lakes, joined by waterfalls  extending into a limestone canyon.
3. It is the oldest and largest national park in the Republic of Croatia, famous for its numerous turquoise-coloured lakes.
4. The lakes are divided into 12 upper and 4 lower lakes. If you only have a day with children, go to the lower lakes. Take sunscreen, hats and comfortable shoes. There are also toilet, refreshment and restroom facilities in the park.
5. There is no swimming allowed at the lakes to protect the ecosystem. They also limit the number of tourists visiting in one day as it is a World Heritage UNESCO site.
6. Walking and hiking options of different levels and time frames are possible.
7. The lakes are surrounded by wooden pathways making the views and navigation around the lakes easy. The paths can get busy with tourists so watch out with children.
8. Photographs don’t capture the lush green vegetation, soothing sounds of cascading waterfalls and the magnificent clear, turquoise colour of the lake’s water. It is a must see.
9. Visit The Great Waterfall (Veliki Slap) in the lower lakes where you have an opportunity to take some family photos with a stunning backdrop.
10. The limestone Suplijara Cave is nearby and has one hall of stalactite and stalagmite structures. There is a legend of a wise hermit monk who was known to live in these caves above the lake and hence the lake is called Hermit’s Lake.
11. Look out for sealife such as water snakes, frogs and different species of fish, birds and fresh water shrimp. There is even wildlife such as  little mice and bigger animals such as wolves and bears – although very few are left and rarely spotted.
12. Once you have explored the trail around the lower lakes, take an electric boat ride that links the upper and lower lakes. It is slow boat trip across the water so you can soak in the scenery and have a rest.
13. The boat takes you to the Upper Lakes or you can take another boat to exit the park. Our children were happy with just seeing the lower lakes.