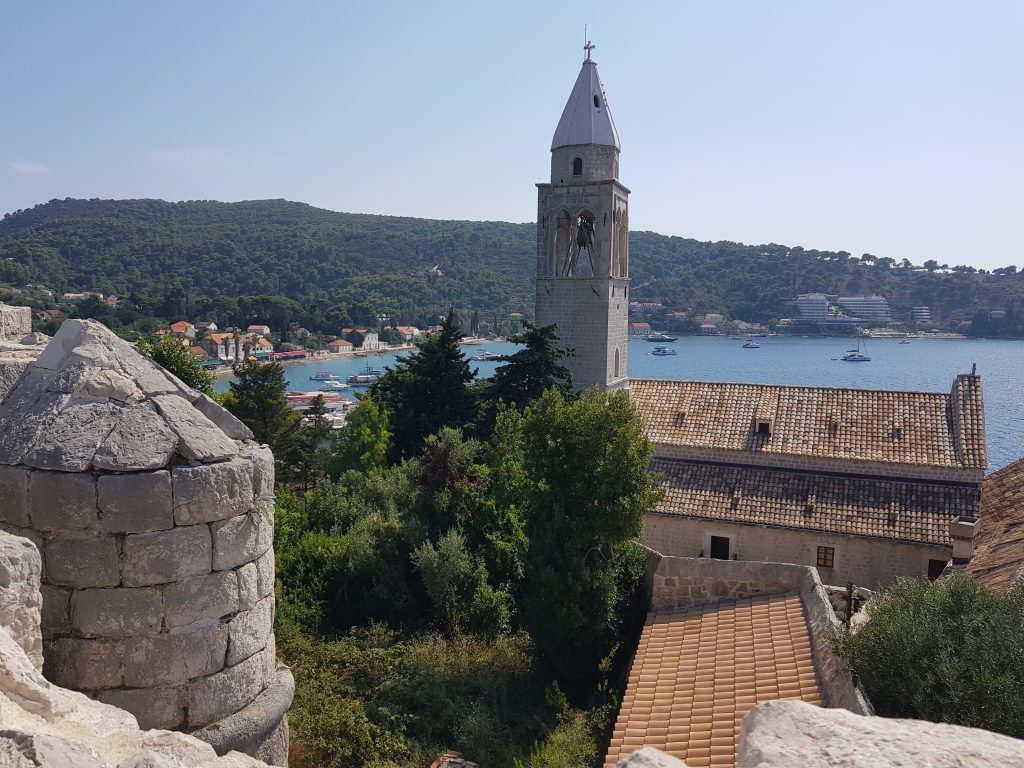 • Croatia has over 600 islands and islets. Charter a boat or catamaran, catch boat taxis or ferries or join a small cruising boat to explore the islands.
• Cruising around the islands offers tourists opportunities to stop at various bays to snorkel and swim – as well as to hop on and off boats to explore islands at leisure.
• If you charter a boat or go on a cruise, you have the added bonus of not having to unpack. This is very popular with local and overseas tourists who enjoy what seems to be on sea camping. Chartered boats are docked at prearranged times at certain island bays and harbours. The passengers are then offered the opportunity to go on land to use ablution blocks and to buy food and refreshments. Bigger, more expensive boats have all amenities on board.
• Alternatively boat ferries or taxis can be taken to the islands and accommodation found on land.
• Many islands have remnants of fortress walls, a central square and church, historical buildings and landmarks.
• They also offer curio shops, restaurants, coffee shops, ice cream stands and local produce made from olives, grapes, fruit and nuts. Some locals invite guests into their homes and plantations to taste and purchase these homemade products and beverages.
• Where exactly you visit, depends on time, personal interest, guided tours or routes that ferries or boats take. But one guarantee is that each island has its own charm and the exploration is a rewarding and satisfying experience.

Some islands to explore from Split to Dubrovnik:

• Milna is a small, quaint charming town. It has always been a favourite port for sailors and is still a beautiful and safe harbour. Milna was known for its shipbuilding, namely the Dalmatian boat and continues to be a popular tourist centre and nautical port.

• Hvar was very busy and is a popular summer resort. Its main attractions are walls from the 13- century, a hilltop fortress and a main square with a cathedral. It has many restaurants and shops.
• Kartica is part of the Hvar Island. Its port is in Sveta Nedelja village. The village boasts vineyards and wine making that is hundreds of years old. The vineyards are on very steep hilltops – taking advantage of sea breezes, salt and the best heat in Croatia. No wonder they have award –winning wines! Medals and accolades from the Zlatan Otok winery can be viewed in an undersea basement at the Bilo Idro restaurant. They have delicious fresh seafood and offer wine tasting and sales from the winery. You can even handpick a lobster from the sea tank, outside the restaurant for your meal.

• Marco Polo is believed to have been born in Korcula. He left when he was 2 years old to go to Venice and like his father became a medieval merchant. More importantly he became the greatest traveller and writer of all time. He was taken prisoner by the Genoese in the naval battle of Korcula. During his time in prison, he wrote of his travels in China in a book called Million. He detailed discoveries of pasta and ice cream as well as all the people and places he discovered. Western society was awed by his travels and the experiences he wrote about.
• The Marco Polo museum is a must in Korcula. You can listen to an audio that explains his story with beautiful life size exhibits and then of course purchase some mementos.
• Visit what historians presume was Marco Polo’s house and take a short climb up the Marco Polo tower for views of the harbour.
• The Cathedral of St. Marco is the most beautiful building of Korcula.
• Enjoy the quaint streets, shops, restaurants and curio shops.

• Ston is famous for its salt works that have produced salt in the same way for centuries.
• Also well known are its preserved town walls. It took 200 years to build these walls and they are the second largest fortification system in the world. It has been dubbed the European Wall of China. Climb half way up the walls for great views of the town and harbour. If you are fitter, climb the higher, narrower stairs. Recommended to do early morning or late afternoon.
• Indulge in a fresh plate of their renowned fresh mussels and oysters.

• This island has a forested National Park and two salt lakes to swim in. Tourists can ride bikes, walk or hike on the island.
• Take a boat ride to the small island of St. Mary and explore the 800 year old Benedictine Monastery. It is not so well preserved but does have a church to visit. Children will be more interested in taking a refreshing dip into the lake water around it.

• A highlight of this island is to visit the old 1483 fortified Franciscan monastery of our Lady of the Cave, on the northern tip of the island.
• It took 20 years to restore the monastery and it also showcases art and cultural events. The monastery has been very well preserved. Visit the old monk’s kitchen with a high chimney and you can still smell the smoke of past fires.
• In addition, visit the dining room and adjacent room where monks washed dishes and held meetings or gatherings after supper.
• Franciscan Monks were educated and had a solid knowledge of medicinal plants and flowers. They knew how to make herbal remedies and locals would seek remedies from them. They would gather in the courtyard to consult with the monks in the apothecary. In the apothecary you can view how they mixed the herbs and ancient herbal recipe books are on display. Tourists can even choose a medieval herbal recipe to take away with them.
• The sensory garden on the hill, facing the sea, is a great place to rest from the hustle and bustle of tourists.
• Lopud has many beautiful beaches, restaurants and bars.

• Sipan is the largest of the Elaphiti Islands, close to Dubrovnik. We docked at Sipanska Luka port. It is a a quaint fisherman village, known for its fishermen and prolific fish around the island.
• They have a local fruit and vegetable market. Locals grow olives, figs, vines, orange and citrus trees.

• The Blue Cave off Kolocep is just outside Dubrovnik. It is worth a swim here if the waves are not too strong. Swim into an enclosed cave and see the blue light of the water. This impressive phenomen occurs due to the light and the positioning of the cave. There is also a neighbouring cave with rock pools, great for children to stand and sit in.